On the poetry of action

Evrim Altuğ interviewed Leyla Ünsal, who curated the exhibition “Another Apocalyspe is Possible”. 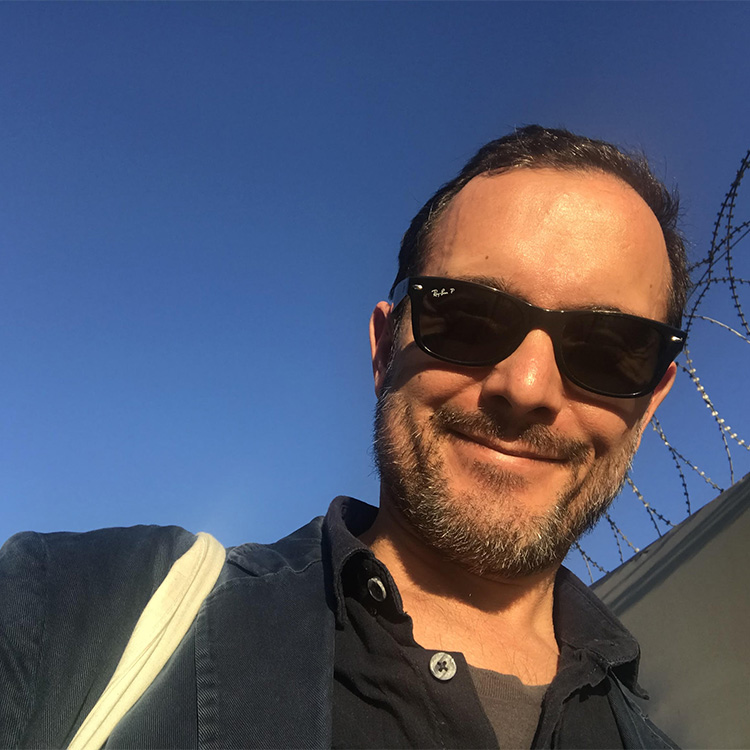 How did you end up with the title, “Another Apocalypse is Possible”, which later evolved into the exhibition’s identity; and how did this starting point guide you in reviewing Borusan Contemporary Art Collection? What were the criteria and the reasoning behind the process?

The title Another Apocalypse is Possible is inspired by the creators of the implicitly ironic notion “collapsology” by Pablo Servigne and Raphaël Stevens; and their book named How Everything Can Collapse: A Manual for Our Times. After the book was published in France in 2015, Gauthier Chapelle joined the authors, and in 2018, Another End of the World is Possible came out. What impressed me here with these books was the poetically realistic transition from acknowledging the inevitable end of the industrialized world to the eco-political activism’s field of action. By inventing new terms and a language, these researchers are conducting “collapsology”, opening new ways of learning and sharing knowledge. This new generation of scientists are coining themselves as the “in-terre-dependent” researchers, as collapsologists. So, they are not detached; rather relational and “grounded”. There is something pertaining to poetry and art here. There is the opportunity of confronting the world, seeing its finitude, and reassessing life as a present from thereon. While curating the selection from Borusan Contemporary Art Collection, I have selected the works that I find familiar with the way contemporary science embraces the world with compassion: The works had a clarity in their vision of mortality. 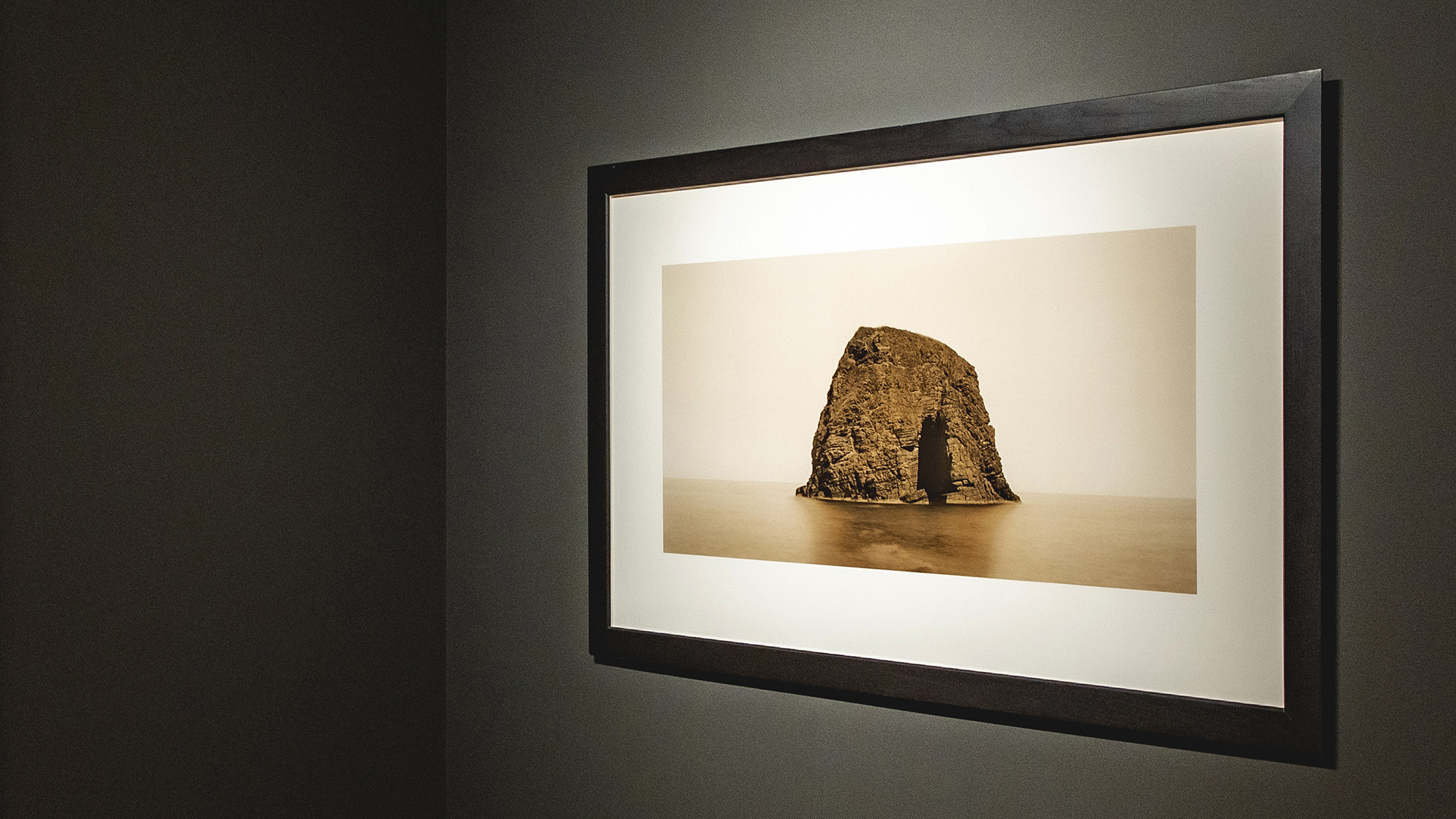 You consider the contemporary artist as “shaman, sage, philosopher and inventor of their time, healer” in a way, in the event’s conceptual framework. Without a doubt, some artists and movements embraced these expressions within themselves. For instance, The Bauhaus school, which overturns class and ecological boundaries, or Land Art, and the many conceptual and minimal artists who emphasize the “truth value” are also mentionable in this sense. Are there specific factors that you would like to share that you took in consideration while filtering the collection in this interdisciplinary and international approach?

Another end of the world would be possible if and when the “reality” that surrounds it changes. This “reality” that we see the world as a resource to be consumed drains what the world gives us. However, at the end, the world may not even care about us. The first thing we need to do then is to embark upon the reconstruction of the reality. This reconstruction is a work of sensibility. This work requires a change in the body’s relationship with the world; form, matter, light, color, rhythm, heat, texture, touch, weaving work, and a fluid agent beyond all given identities. Maybe the best part of contemporary art practices is the fertile land for all these “mutant” agents. Scientist, shaman, magician, engineer, poet… Were it not the hybrids who had always cracked the shell of truth throughout history? They are the ones who are not embedded in the reality of their age; hence, they are able to transition into new worlds. I see art between science and magic; what the art has taken from the matter gives back to the matter. 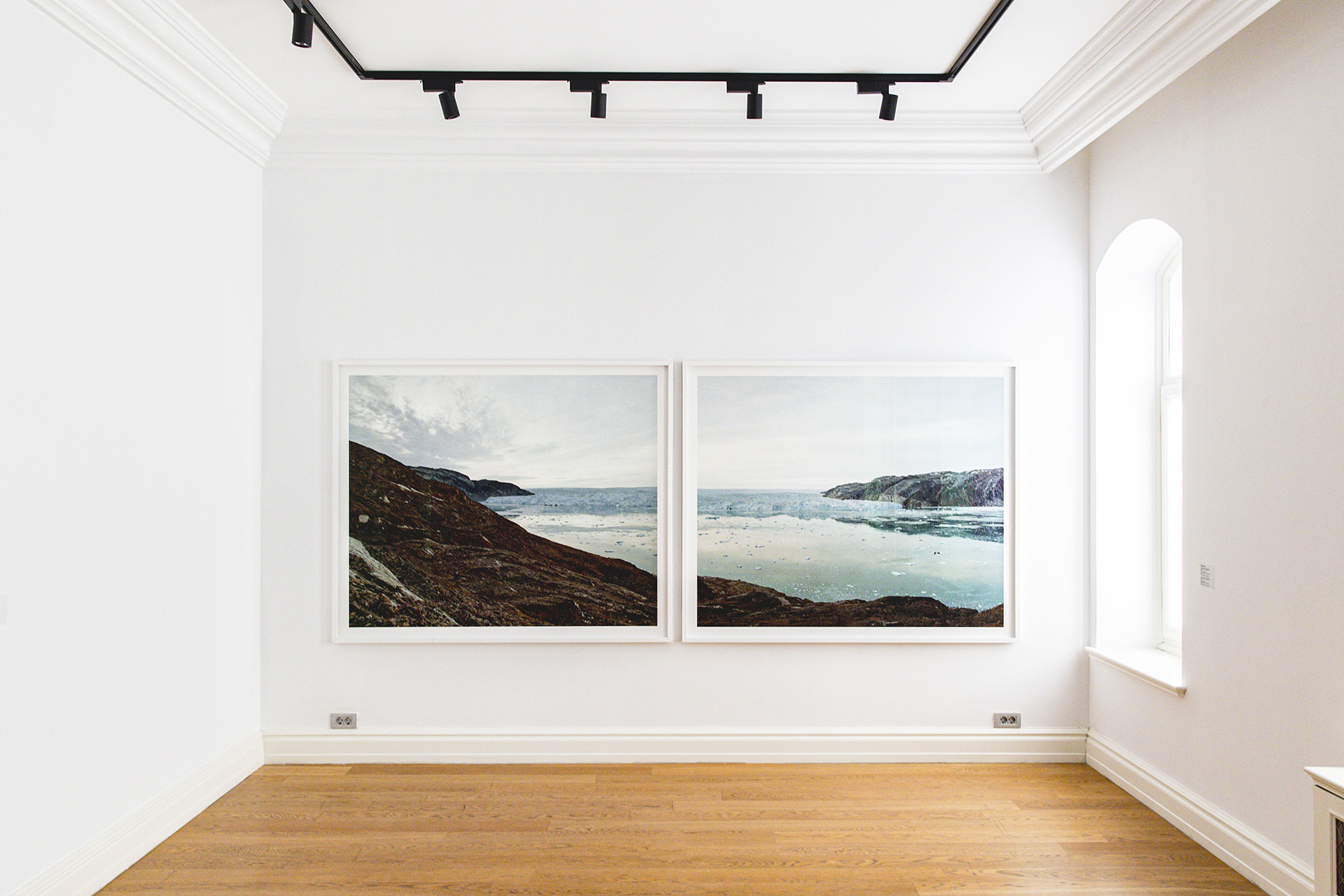 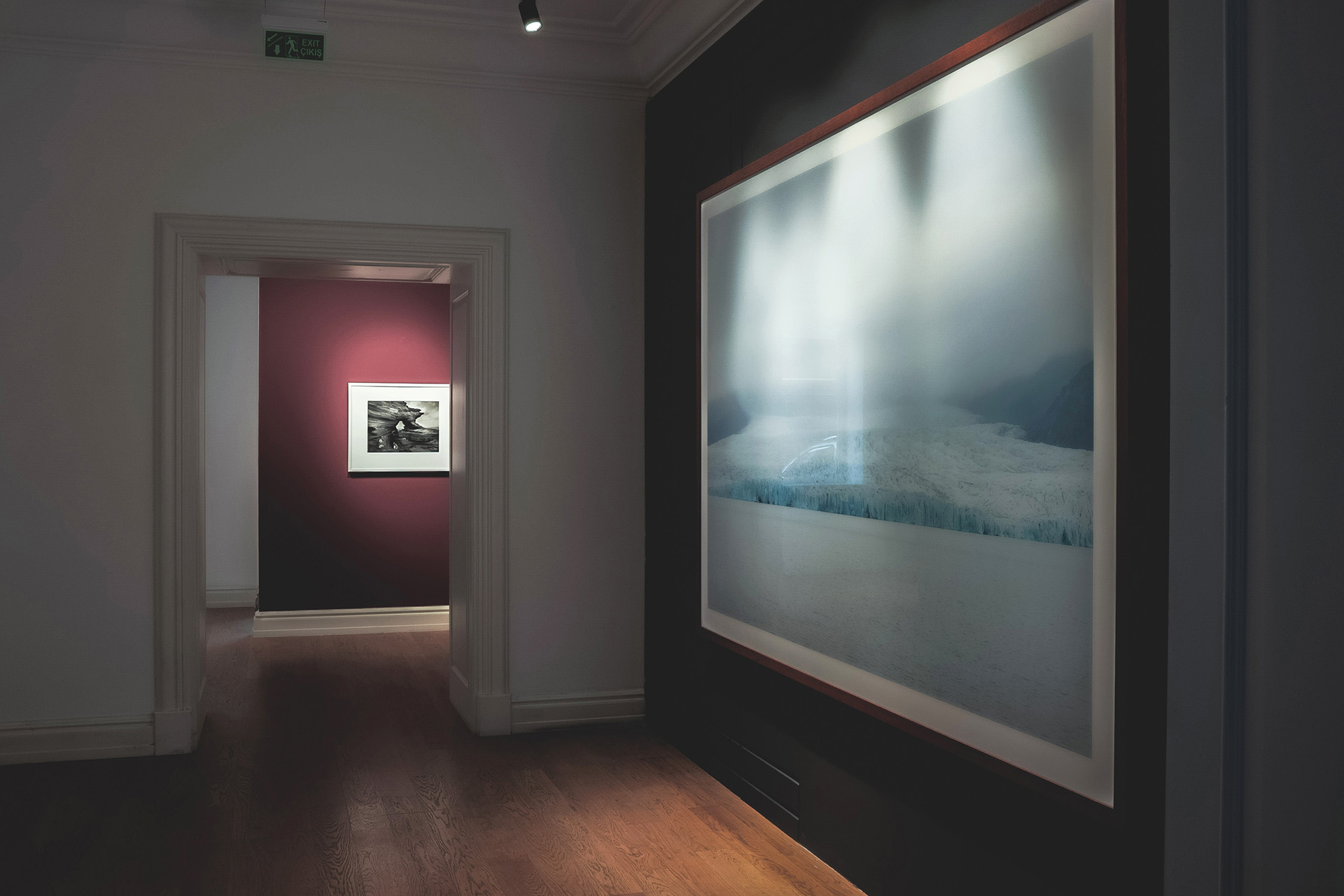 Perhaps suggesting the motto “less is more”, this exhibition is woven with mainly photographic works; yet one work that has possessed my spirit particularly is Wang Sishun’s 2014 video work, Truth. Why did you specifically include this work? We would be delighted if we could learn that from you.

Wang Sishun creates works by setting substances on fire, such as earth, concrete, sea, sand in a controlled manner; these substances are engulfed by flames but cannot be consumed by it. The beauty of fire transforms into a unique show for the viewer to get lost in the Kantian sublime. The artist also sees these “performances” as an act of touching and leaving a mark. The fire paints, dances, sings, and changes the chemistry of the substance. Nevertheless, the substance answers in its own language; it guides, arouses, or soothes the fire. I saw this video after the forest fires in Turkey that had taken place last summer and was very impressed with it. It was as if an almighty power from an ancient world was putting the arrogant humankind to its place. The fire was revealing the finitude and fragility of the human species. But the fire was techne at the same time; it was the thievery that started all the arts and the technique. Human civilization was established by the fire that Prometheus stole from the gods, so that the human species that he pitied would not perish. And at the end, “technology” was turned into an apocalypse weapon—the human-created both the civilization and the savageness with the fire.

Considering the 21st-century digital art libraries and spaces, I would like to ask you another question: When does an exhibition start and end? Can any reading and information left behind really represent them?

As a set of images, an exhibition becomes meaningful and is experienced with all the other images you see in a wide variety of contexts, including social media and popular culture. Thus, all the exhibitions you have seen and will see accumulate and overlap, creating parts of a fluid, open-ended adventure. Maybe the works you have experienced in this exhibition will accompany you while witnessing the human-centric viewpoint collapse. The things we talked in this exhibition can be considered as a witness to the future’s preview in the same way. I find the power of art in its capacity to travel through time. 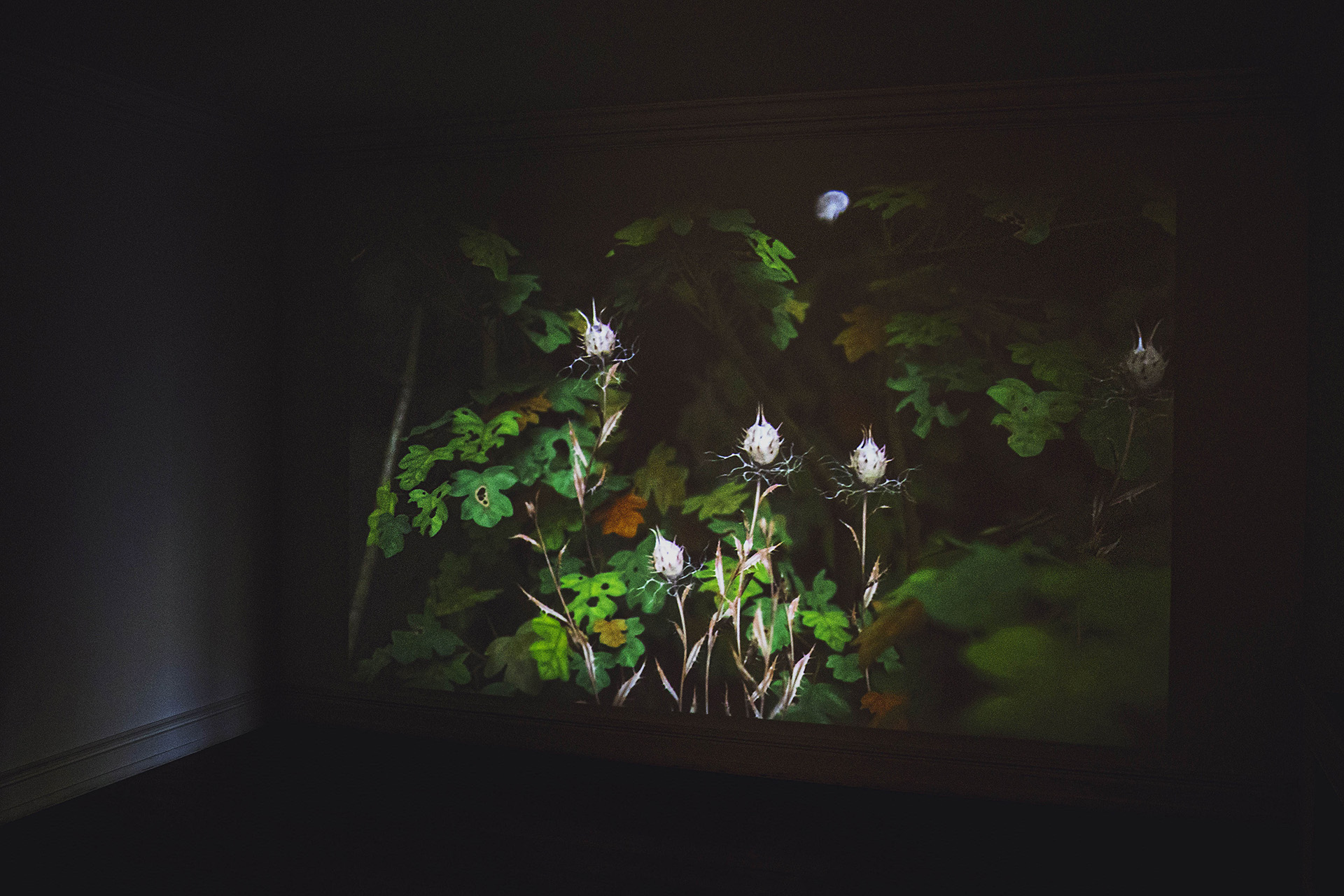 In a world where Turkey was the last country to sign the Paris Climate Agreement, and the energy prices and supply crisis soared with the pandemic, we’ve come to find ourselves in a distinct reality. It seems as the nature responded to this greed with all its disaster capacity as per its own reflex. What do you think about when you take a step back and examine this exhibition experience, which brings us images from Turkey through the lens of Lynn Davis and Serkan Taycan? What should be the next step, since you are referring to a certain sensitivity in your conceptual text by indicating the urgency of the “here and now”? Can we talk about this sensitivity a little bit more?

I see the post-pandemic state of the world as a mirror in which we face the current indifference, weakness, and defeat of the post-industrial society. The ability to coexist, to be a community, is essentially about caring. A community’s welfare is understood from the care that people show towards their sick, elderly—soil, and water. We have witnessed an era where the people sacrificed their earth, soil, water, plant, and animal, as well as a part of their own kind, for their own “survival”. There is only one chance for us to live together, trust each other and establish the shared values of a community again. Hence, we have a lot to learn from the conscience and the courage of art works.

ABOUT THE WRITER
Evrim Altuğ studied at the Marmara University Fine Arts Faculty Cinema - Television Department and Istanbul Bilge University Communication Faculty Stage and Performing Arts Department (with a scholarship); he participated in the Design Culture and Administration Certificate Program. In 2003, he was one of the founding members during the relaunching of the International Art Critics Association - AICA Turkey. Altuğ was the president of the association for two terms and is still a member of the board. He writes on arts and culture across various print and digital media, including Art Unlimited, Gazete Duvar, Hürriyet Kitap-Sanat and Arkas News. He continues the program Yolgeçen on Açık Radyo with Rahmi Öğdül and he was selected for the writers’ program launched by SAHA in 2019. He continues his journalistic work on arts and culture as part of Açık Dergi on Açık Radyo, edited by İlksen Mavituna. Altuğ has recently been appointed the director of Zilberman Gallery Istanbul. 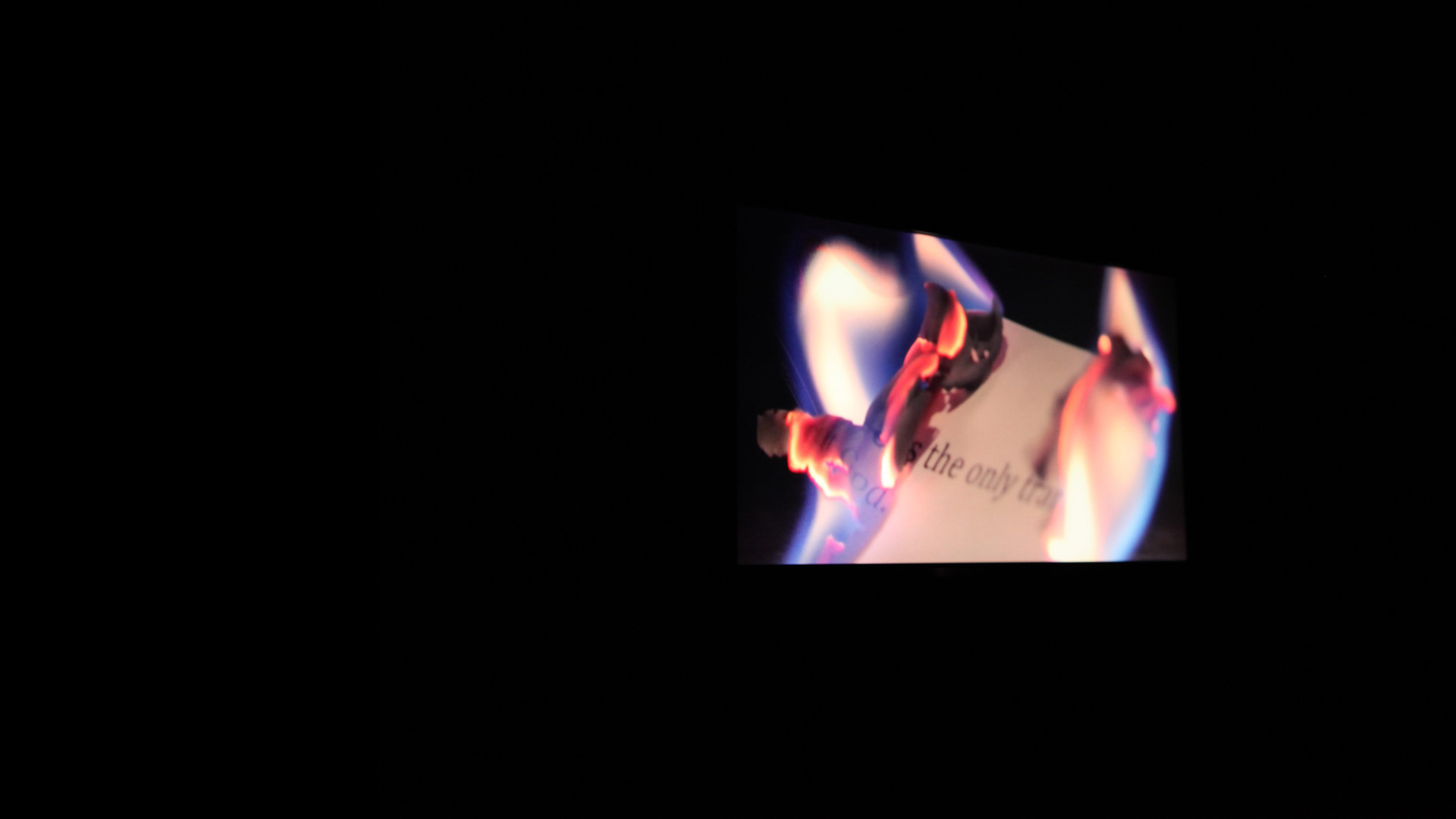 An Attempt To Recall And Revive: With John Gerrard On Endling (Martha)

Naz Cuguoğlu had a conversation with John Gerrard about his piece Endling (Martha) commissioned by Borusan Contemporary and his latest projects.